Skip to content
This past weekend was nothing short of amazing as the long awaited Stanbic music festival finally happened. Of course when the biggest music festival in Zambia first revealed that this year’s headlining act was Boys II Men there were three groups of people;
1. Those who called their bluff and made up their minds not to attend
2. The ones who were going to wait until there was proof that Boys II men were in the country before they bought their tickets.
3. The ones who believed it immediately and started planning for the event.
Now there’s no need to deny the fact that we all fall under one of these groups, as for groups number 1 and 2 we aren’t mad at you because we all know which group had the last laugh lol! 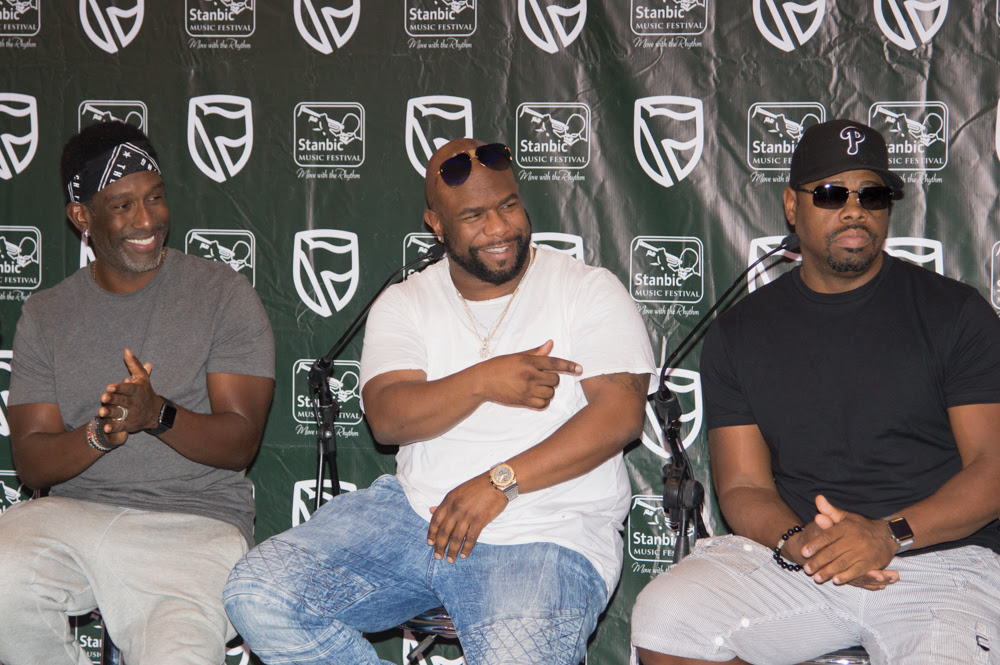 The 4 time Grammy winners made their first appearance into the country at a press briefing held at the Taj Pamodzi hotel ,were the trio were met by a hungry mob of photographers and journalists. Did I mention that this happened to be Quirky indeed’s first ever press briefing *stops to do the happy dance*

They kept it very short and casual like an actual chat apart from being great performers they are a fun bunch. This however did not stop any banter from taking place because this happened, I love my Zambian people lol.

The music  festival began on Friday and our local artists warmed up the stage for the RNB kings and the crowd was amazing.
Saturday was even more packed ,the show had sold out because duhh!! who would miss out on a Boys II Men experience?
Among our local artists was our gospel sensationally gifted Abel Chungu. His live singing was electric .
K’millian broke my heart with a set that did not sound as good as I thought it would. It seemed not to be his day for a great performance.
Local Oliver Mtukudzi flavor James Sakala had a vibrancy only Sakala can, hypotonic guitar had the crowd going .

Caitlin De ville performance won the 1st runner up after our Boys for me .She had us singing along to “no scrubs” Her violin covers had me in awe.

After building up so much anticipation we really weren’t ready to wait for Boys II men any longer! They got on stage and boy were we excited to see them, they are a walking definition of “black don’t crack.” There song list included some of their classics such as “I’ll make love to you “which had all the couples in the crowd officially in love mode. Disclaimer do not go to a boys II men concert alone.
I think it is safe to say that Boys II Men was all we hoped them to be.My question is how will Stanbic Bank top this next year????? Follow The Stanbic Music Festival HERE to find out.
Until Next Time
Ciao xoxo

This site uses Akismet to reduce spam. Learn how your comment data is processed.